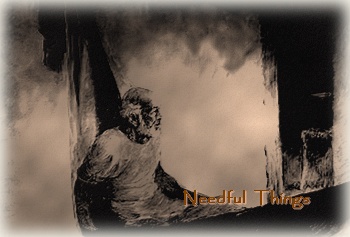 The old man took out his porcelain teeth
and set them in a cup on his nightstand.
There was only one way, his mind seethed -
he'd just have to dream up a good plan.

Soon asleep, he lay there sawing logs
while dreams circled round in his head:
a dog in a bog, who was lost in the fog . . .
but it wasn't the plan, so the scene he fled.

Spiders crawled and snakes slithered,
the old man dreamed of worms well read
but even asleep, he became a bit dithered
for it wasn't the plan, so the scene he fled.

In the next hiccup he slipped down a hole
and rode to the bottom on a giant sled.
Landing safely, he found cruel killer MOLES -
this SURE wasn't the plan, so the scene he fled.

Morning arrived! The old man woke with a start.
He saw with pounding disappointment there was no hint,
that in all the scenes dreamed, no plan was imparted -
so he stared at the wall through eyes squinted.

In twenty minutes, he dressed and hobbled downstairs.
Grandfather struck 7, and all seemed dull as expected.
The backside of the fat maid with braided hair
wore a tighter girdle, so from his quick pinch was protected.

He wandered into the drawing room looking for Henry;
he needed his shoes shined and his best coat aired.
Henry was on the veranda with John, shooting pennies
so he sat at the bay overlooking the lake and stared . . . .

<< Trope
Or perhaps another category of poems?
Kids - Feminine - Inmorata -
Humor - Agape - Nature
Miscellaneous
_________________
'Fill your paper with the breathings of your heart.' William Wordsworth