BC Williams, Writer/Poet :: ALL WORKS ::  :: Women of Strength and Courage 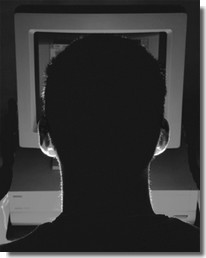 Course ALL have heard of Drama Queens
with Farah hair and tight blue jeans,
they're stingy robot-like machines
with heads of selfish *me* routines

But I'll not bore you with their tripe
instead, I'll share a different gripe -
a species with the same sad hype,
his thoughts of "ME" are just as trite

A Trauma King is in the midst
No foolin' now, he does exist
A selfish subcutaneous cyst
who's feigning words all should resist

He lays in wait for those in pain,
listening hard while they explain
then reels them in while they complain
of wicked hurts they can't retain

Then once he has them in his hand
and has them at his full command,
that's when the King will make his stand -
after all, the 'King' is grand . . .

They'll follow him where ere he goes
for it is HIM the chosen chose
to show their dreams, their needs disclose
and lay their tender heart exposed . . .

Then subtle hints begin to rise,
at first it takes them by surprise
they hadn't thought they'd hear his cries
or think he thought his life demise

So soon the King needs sympathy,
but fears they've lost their empathy
he worries for his monotony
so debuts his selfish symphony

Yes, a Trauma King is in the midst
No foolin' now, he does exist
A selfish subcutaneous cyst
who's feigning words we must resist!

<< Feminine
Or perhaps another category of poems?
Inmorata - Trope - Kids
Humor - Agape - Nature
Miscellaneous
_________________
'Fill your paper with the breathings of your heart.' William Wordsworth

BC Williams, Writer/Poet :: ALL WORKS ::  :: Women of Strength and Courage